This is a super simple recipe for coconut ice.

I was reminded of it when I came across some photos of my son making it when he was just a wee toot.

It's a super sweet coconut snack, but cut it into small, bite-sized pieces and it's the perfect treat for lunch boxes, afternoon snacks or at any time really.

It also makes a really pretty gift to give in a glass jar with ribbon or as a treat for parties, especially birthday parties.

WHAT IS COCONUT ICE?

Coconut ice is a British confectionary that is thought to have been created in the 1950s.

The Second World War had ended and rationing was coming to an end in Britain, so sugar was more available.

Coconut ice was a treat made by home cooks in squares or bars. Sugar, condensed milk and coconut were the main ingredients.

So many new desserts and cakes were created during this more affluent period.

RATIONING DURING THE WAR

Condensed milk was available during the war, but as the war continued it was also rationed.

My mum tells me my gran always had some in her cupboard for sweet treats during the war and I remember as a child my late aunt telling me that she would eat condensed milk sandwiches as a child.

It was definitely easier to bake after restrictions ended.

And of course, vegan condensed milk is a relatively new thing.

As you can see from the video this is such an easy recipe, even a little one can make it.

It's actually a really good recipe for kids to make, as there is no oven and they can really get stuck in pulling it together with their (clean) hands, then pressing it into the tin.

Unless your children are older, I would weigh out the ingredients in separate bowls and leave them to do the rest of it.

They will have great fun.

Did I say, it's also good fun for adults to make too? 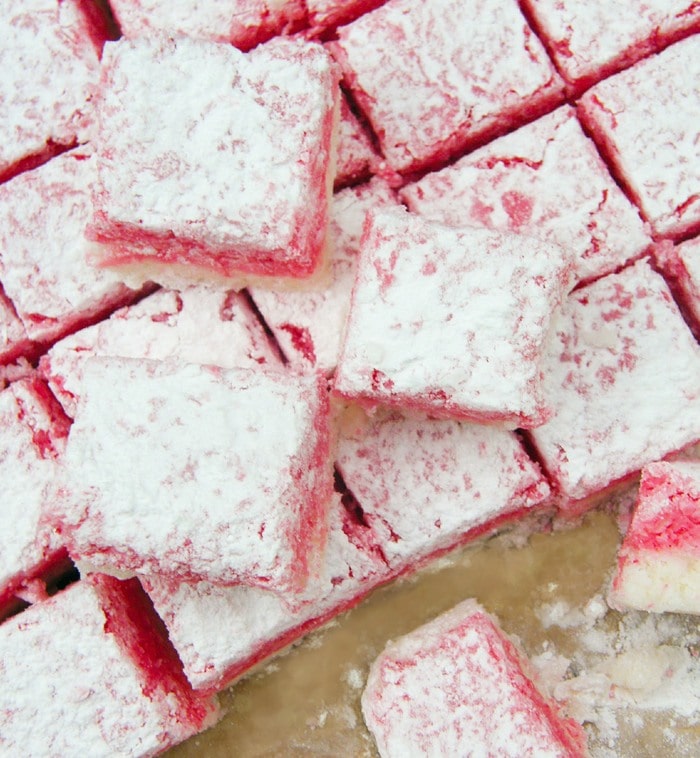 WHAT YOU NEED TO MAKE COCONUT ICE

Coconut ice is a super simple recipe with just a few simple ingredients.

I've found vegan condensed milk can vary in consistency from brand to brand.
Some are a bit thinner, so you can add some more coconut and icing sugar if you feel the mixture isn't thick enough.
As you can see from the photos, the texture is a bit like soft playdoh (plasticine) and can be handled and molded into the shape of the tin.
It forms into a bit of a dough like consistency when you pull it together. However, it shouldn't  be wet. A little sticky is OK.

Coconut ice is traditionally left out to dry overnight, then dusted with icing sugar and cut into squares.

It's then kept in an airtight container for up to 2 weeks.

I prefer to pop it into the fridge to set for a couple of hours, then dust it with icing sugar and cut into small squares.

Then keep it in an airtight container in the fridge for a couple of weeks, if it lasts that long!

pin it for later 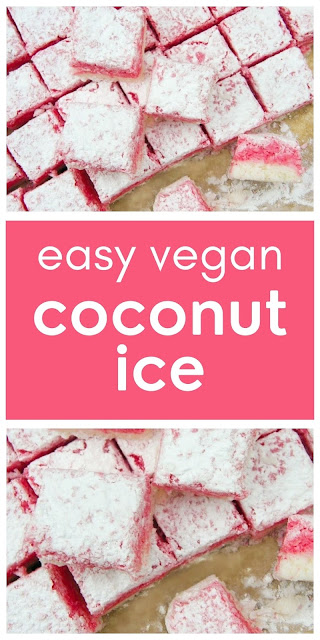 Here are a few more easy vegan treats for you to make.

Scroll down for step-by-step photos followed by a full printable recipe. If you don't have a printer, hit the print button on the recipe card & save as a PDF. 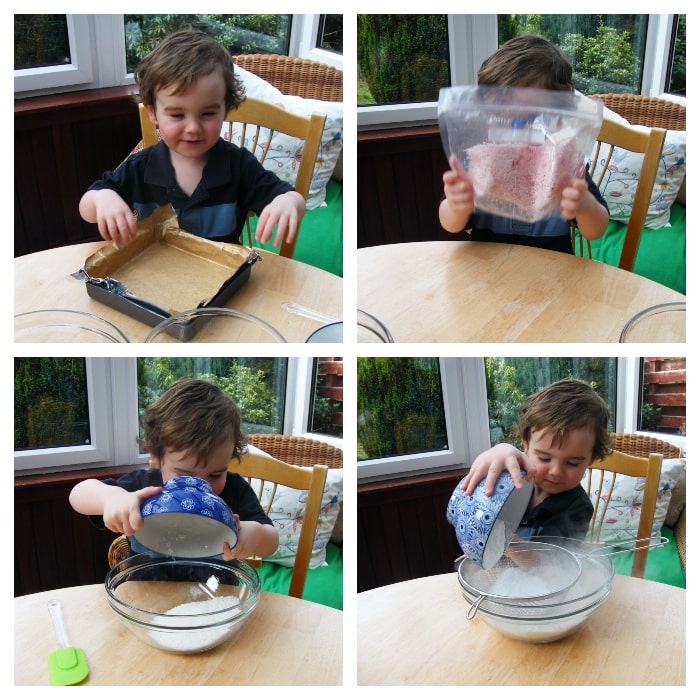 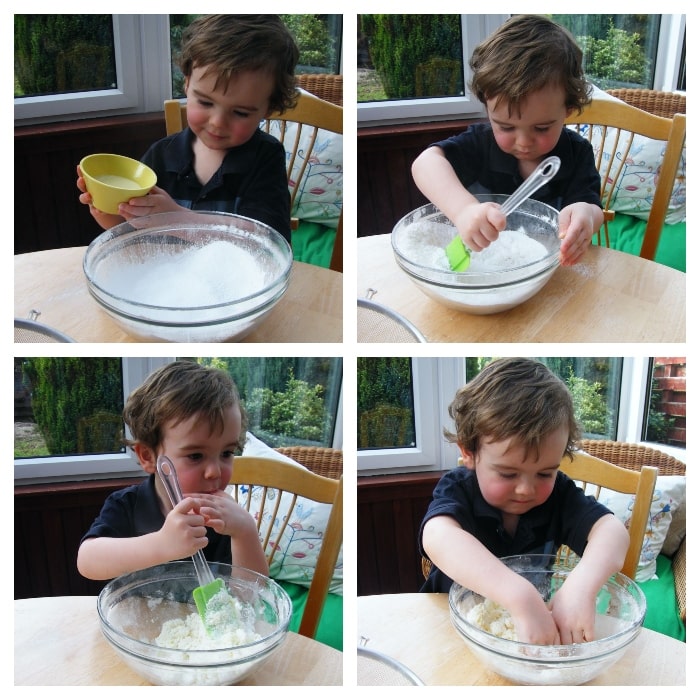 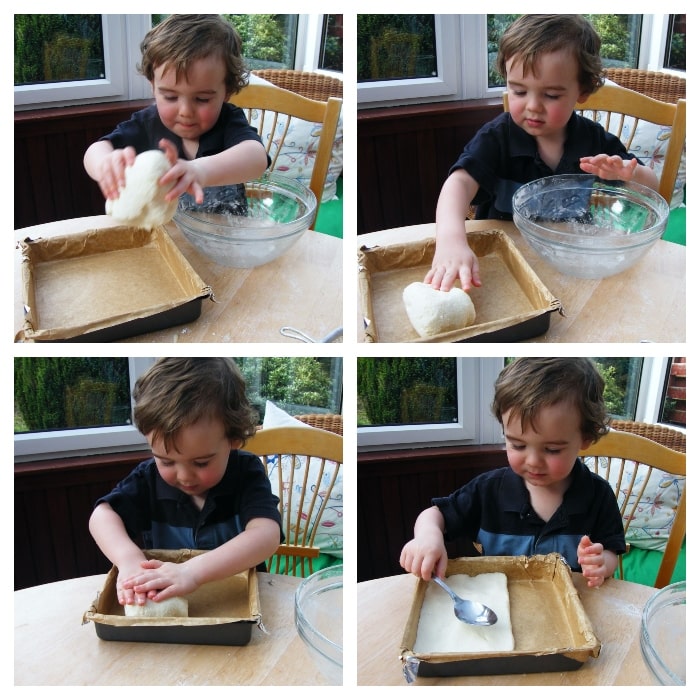 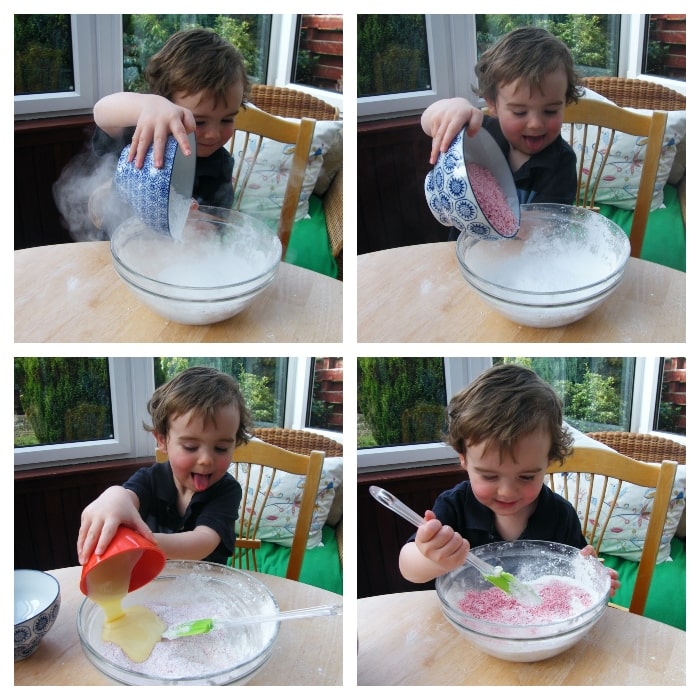 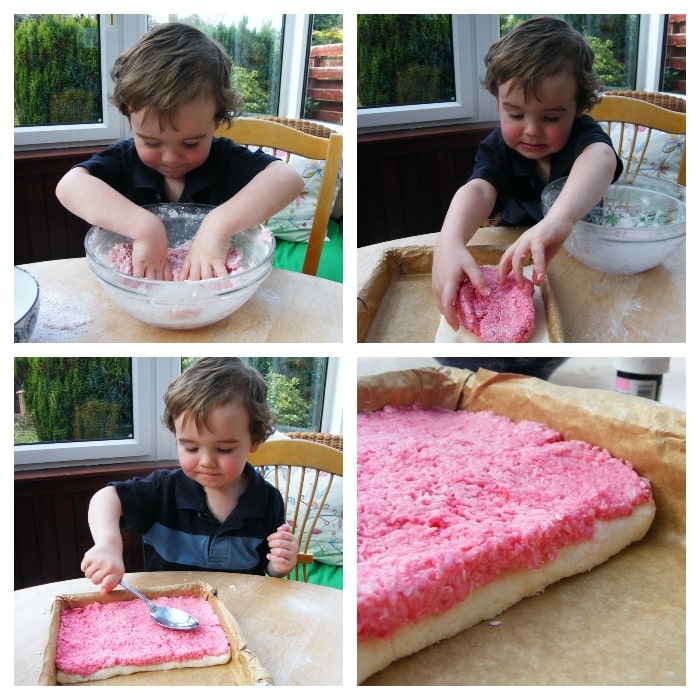