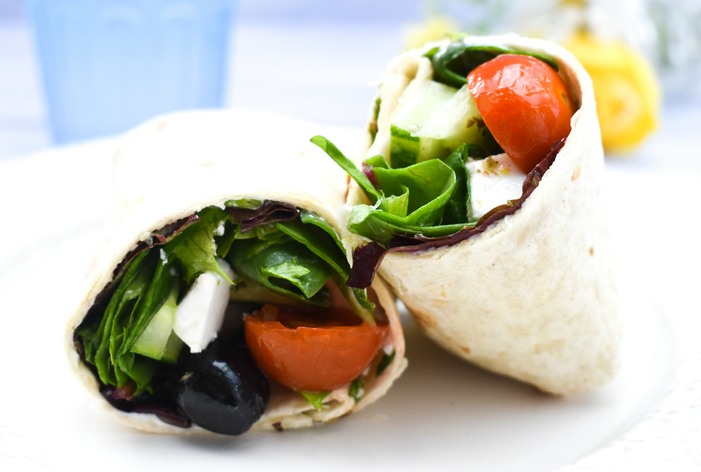 How good does that look?

Believe me, it tastes as good as it looks.

It's quick to make and tastes delicious.

It really perks up lunchtime. It's something to look forward to. 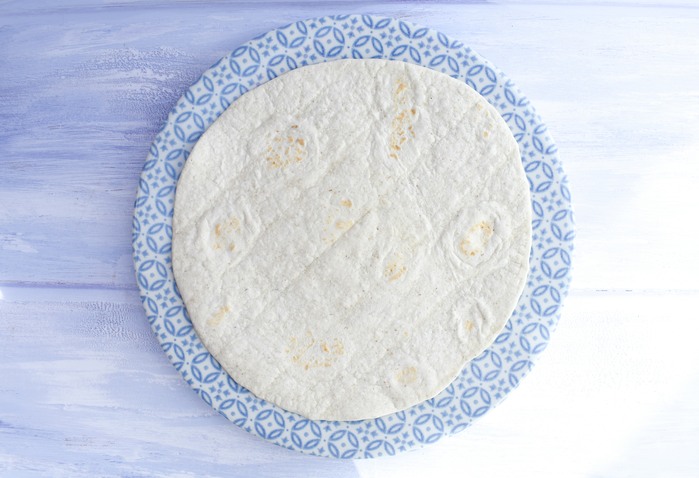 I like to use flour tortillas for these wraps.

I'm just not as fond of corn tortillas.

My favourite brand of tortillas are Mission Deli. They are large flour tortillas and really soft, so great for wrapping.

I usually buy their wheat and white wraps. I don't mind their plain tortillas, but I really don't like their wholegrain version. I don't know what it is about them, but just no!

Of course there are so many good tortillas out there so just use your favourite.

Green spinach tortillas would be good for this wrap too, if you can find some.

Just make sure you buy large wraps, it would be a disaster with the mini wraps. 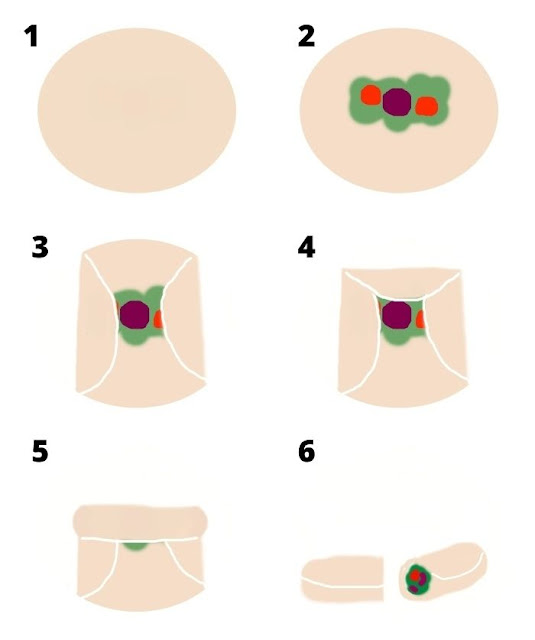 HOW TO FOLD A LUNCH WRAP

Once you get the hang of folding a lunch wrap it's pretty easy.
Of course, if you over-stuff it with filling you are going to struggle.
I regularly do this and my husband starts to comment and make jokes every time. Doesn't stop him enjoying my wraps of course. It's all in good fun of course.

STEPS TO FOLD A WRAP 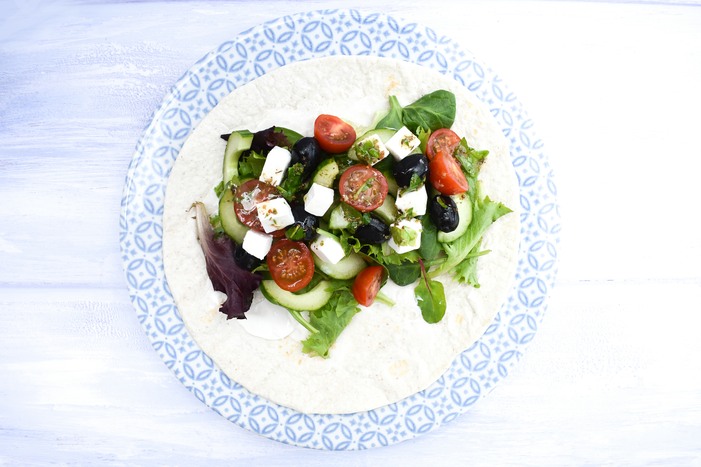 GREEK SALAD WRAP
The filling of this wrap makes a great salad on its own, but wrap it into a flour tortilla and you end up with something special.
One of the secrets of a sandwich or a wrap that a lot of people don't know is the mayo layer (or other spread) acts as a barrier to stop the sandwich or wrap from becoming soggy.
Of course, it has to be well wrapped as this wrap does contain some zingy salad dressing, but the mayo and the salad leaves do help.
If you're making it for later you could either wrap it in foil or a reusable sandwich wrap.
Wrap it firmly!
Sometimes I will wrap it in some kitchen paper first, just to catch any dressing that might leak. 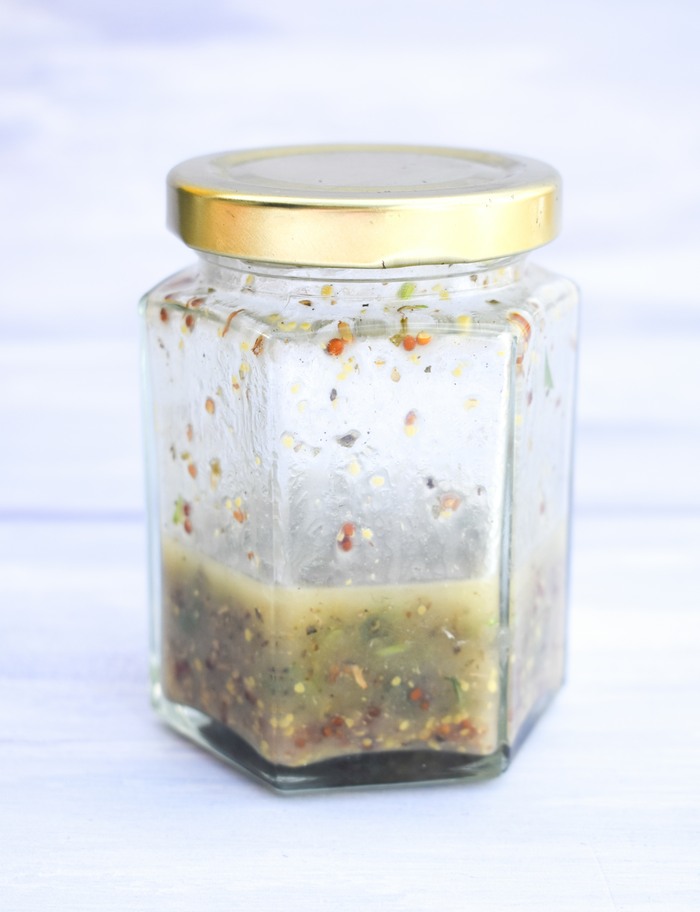 Add some salad dressing (just a little) to your next lunch wrap and see what a difference it makes to the flavour and overall taste experience.
Now go easy or it will definitely leak.
One teaspoon of dressing is enough to add flavour.
I make up a small batch of salad dressing, in this case, a Greek salad dressing in a jam jar and keep it in the fridge.
When I need it, I just take it out and give it a good shake.
The flavour just gets better as the week goes on. 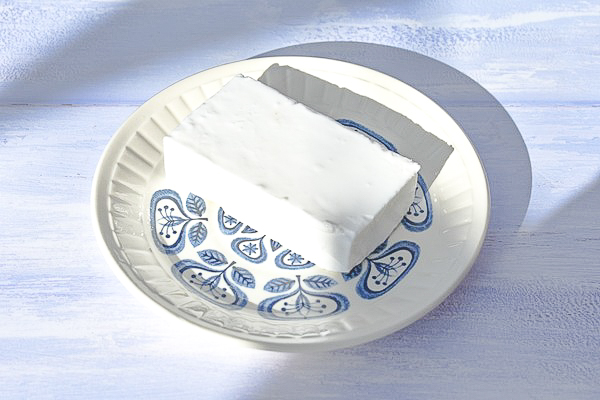 It crumbles nicely, it's creamy and it has that salty taste just like the original.

There are lots out there but I like Violife Greek White Block.

Now as I said it's great on salads. It's also good crumbled over pasta, savoury tarts, in sandwiches and wraps ........ There are so many ways to use it.

However, it's not the cheese to add to a dish in the oven as it just dissolves.  So none of that TikTok feta cheese pasta, unless you add it at the last minute. 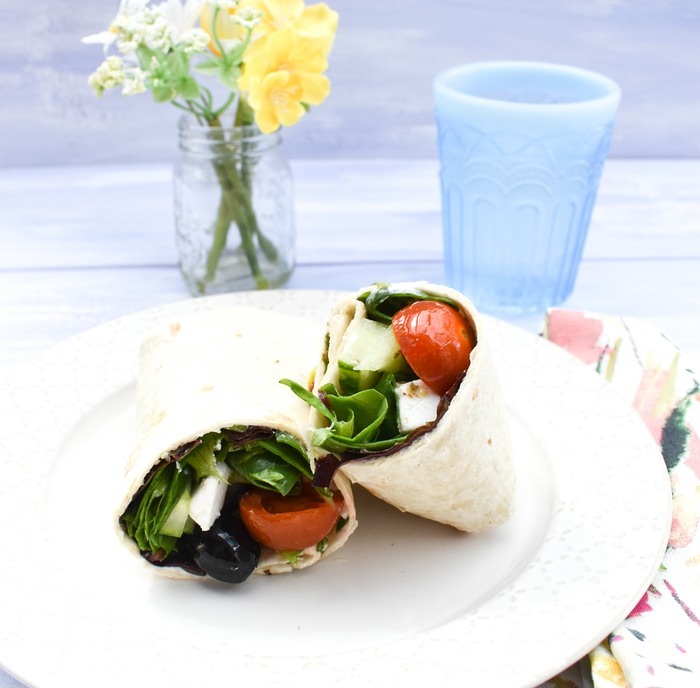 WHAT TO SERVE WITH A LUNCH WRAP

Most of the time I just serve a wrap as it is, but it can be nice to make a bit more effort, especially if you are serving it for friends or as a light dinner.

Here are a few ideas of what to serve alongside a salad wrap:

Here are a few more tasty lunch wraps for you to try: 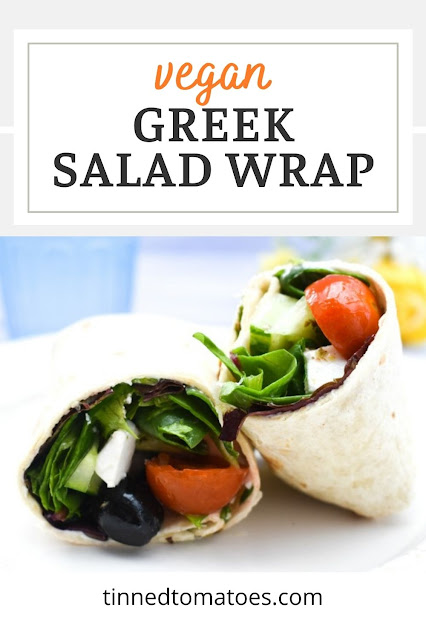 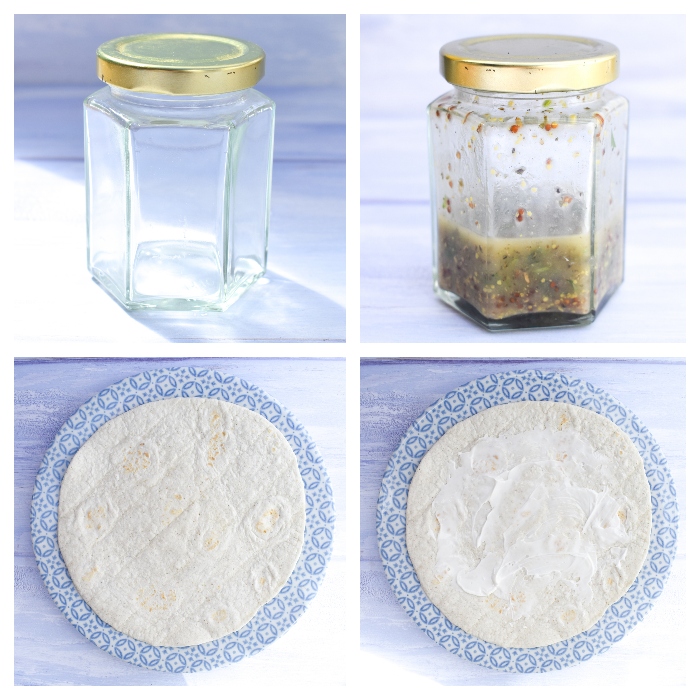 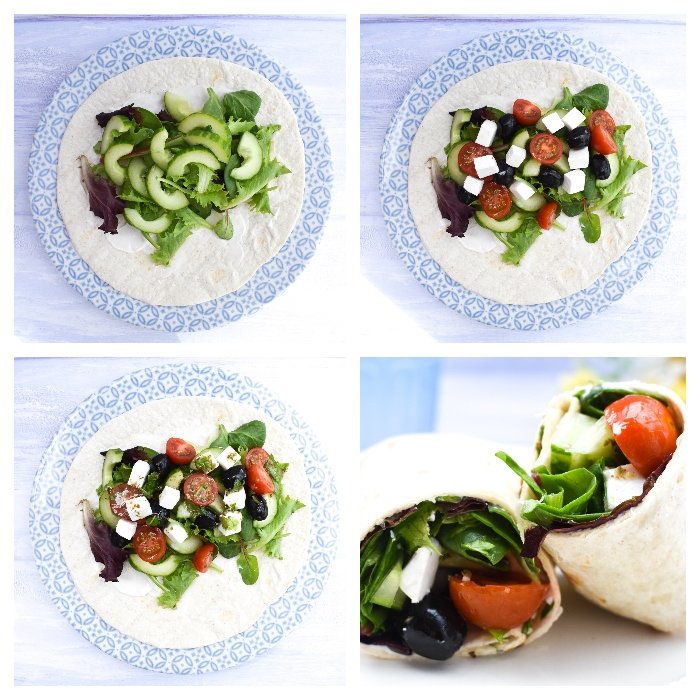 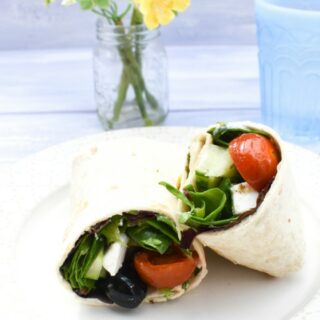